With 300 days of sun every year, seemingly endless sand and pebble beaches, a plethora of sports and cultural activities, Kos is the perfect vacation paradise. As the third largest island of the Dodecanese, it is 43km long and just 4km away from the coast of Turkey.

Kos is one of the best sail and surf locations in the Mediterranean. Its extensive network of paths for hobby and professional bikers is among the best of any Greek island. Kos is only a short hop away from Asia Minor, with Bodrum being the closest city on the Turkish mainland. Day trip options include the neighboring islands of Kálymnos (the “Island of Sponge Divers” and a haven for climbers), Psérimos to the north and the volcanic island of Níssyros to the south.

More than 2,400 years ago, Kos was the home of Hippocrates, the father of medicine to whose oath doctors around the world still commit today. The plane tree in downtown Kos under which he instructed his followers reminds visitors of the city’s famous son. Dating from the 3rd century BC, the Asklepieion was the largest medical center of ancient times and remains an impressive sight with beautiful views of the northern parts of the island and the Turkish coast.

Key sights to marvel at in the city of Kos include Antimachia Castle, the Archeological Museum and the Roman Odeon. About one fourth of the old town is surrounded by its original medieval walls. The mosques in Kos City and in Platani are living witnesses to the island’s history under Turkish rule.

Travelling on the island
Hail a taxi, rent a car or take the island bus with service to Mastihari, Kefalos, Kardamena, Kos City, Tigaki, Marmari and the airport several times daily.

If you choose not to accept cookies it may result in a reduced availability of the services provided on our website. This website partially uses so-called cookies. Cookies do not cause damages to your computer and do not contain viruses. Cookies allow us to make our offer more user-friendly, more efficient and more secure. Cookies are small text files, stored by your browser on your computer.

The most cookies that we use are so-called “session cookies”. They will be deleted automatically after the end of your visit. Other cookies remain on your terminal device. Those cookies enable us to recognise your browser on your next visit.

You can adjust your browser that way in order to be informed when cookies are placed, to individually allow cookies or to generally exclude cookies in certain cases as well as to activate the automatic deletion of cookies when closing the browser. The deactivation of cookies may impair the functionality of this website. 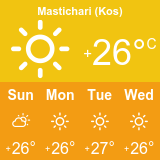